Early voting begins on Tuesday, October 25 across Louisiana and runs through November 1. You can click here to get more information about voting in Louisiana.

The Secretary of State's Office says you do not need a reason to vote early. But you do have to show up in person at one of the early voting sites in your parish. You should bring an ID with you to the polls.

What Is an Acceptable ID?

Acceptable forms of photo ID include:

If you don't have an ID, you can still cast a vote by signing a voter affidavit.

What's on the Ballot?

You can click here to find our what's on the ballot in your area. In Shreveport, there is the Mayor's race along with City Council races. You will also find school board races. Statewide, there are several constitutional amendments and the U.S. Senate race.

Where and When Can You Vote Early?

What Does the Voting Machine Look Like for Early Voting?

You will find a touchscreen system and you will scroll through your ballot to cast your vote. 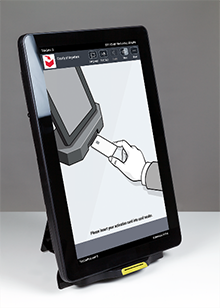 For the December 10 General Election, early voting will be November 26 through December 3.

Source: Everything You Need to Know About Early Voting in Shreveport
Filed Under: Louisiana
Categories: Louisiana News, Shreveport News
Comments
Leave A Comment
The Most Unique and Weirdest Things You Only See in Louisiana
Unique Louisiana Foods You Won’t Find on the Menu in Other States
What’s the Most Popular Grocery Store in Louisiana?
Woman Killed in Traffic Accident in Bienville Parish
The Truth About How These Louisiana Towns Got Their Names
Powerball Dreaming Continues All Across Louisiana
More Bad News at Grocery Store – Beef Prices Up in Louisiana
‘Antiques Roadshow’ Coming to Louisiana – How to Get Tickets
Top 100 Restaurant List and None from Louisiana – WTH?